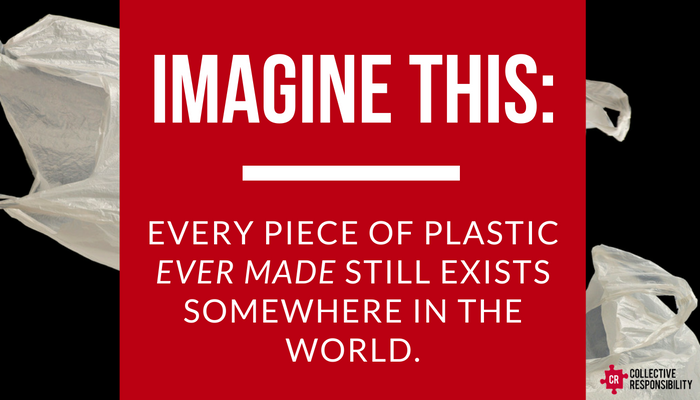 The world produces approximately 300 million tons of plastics each year, and that number is only increasing. Furthermore, 22% to 43% of the plastic used worldwide is disposed of in landfills, according to the United Nations Environmental Program.

With the rise in popularity of online ordering and takeaway or delivery services, the future of China’s plastic waste — from consumption to disposal — faces a growing problem, with few sustainable solutions on the table at the moment.

In a country with increasing demand for cheap and disposable plastic products, what does the future of plastic consumption and management look like?

Let’s do a rundown.

Disposal plastics are a staple of daily life and food venues, including stores, takeaway restaurants, and delivery services. Often, products like plastic retail bags, food packaging, and utensils are designed for one-time use and are quickly disposed into either formal/informal recycling tracks or landfills.

But in a landfill, a plastic bag can take hundreds or even thousands of years to degrade. And, with the imminent rise in China’s population in urban centers, consumption of these products is geared to accelerate rather than slow down.

In fact, China’s per capita consumption of plastics has already more than doubled since 2010.

Specific uses of plastic retail bags, dubbed “white pollution,” poses one of the biggest challenges to plastic waste management in China. Despite government intervention, thin-wall plastic continues to be a persistent material in consumers’ plastic bags.

Prior to 2008, an estimated 3 billion plastic bags were used daily across the country, creating over 3 million tons of plastic waste a year. But recently, China has reported an impressive 66% drop in thin-wall plastic bag waste following the implementation of 2008 regulations that placed a ban and fine on free consumer plastic bags.

However, the legislation continues to face the age-old dilemma of enforcement, as well as continuous consumer demands.

According to China Daily, inspectors visited 250,000 retail markets between March and May of 2009, fining retailers approximately 2 million yuan of fines for noncompliance with the plastic bag regulations. And in Beijing, 96% of food markets continue to use thin plastic bags to distribute produce despite the ban.

Where does all that plastic go when it’s ready for disposal? China’s waste processing relies on a hybrid of formal and informal treatment and recycling, and the introduction of plastic garbage places a complex burden on waste collection systems: formal and informal, foreign and domestic.

Recent studies show that only 40% of all waste even makes it into collection systems across several Asian countries, including China. The decline in oil prices has given informal recyclers less monetary incentive to collect and recycle plastic waste, as companies now find that new plastic is just as inexpensive as recycled plastic.

Meanwhile, the formal management system for China’s plastic waste faces several obstacles as well — not only of domestic production and consumption but also of the massive influx of international goods consisted of plastics every day.

In fact, studies show that China receives 56% of the world’s plastic imports by weight. This ultimately prompted the introduction of China’s “Green Fence” Policy in 2013.

The Green Fence Policy (or Operation Green Fence) is a policy implemented by the Chinese government of higher standards and vetting of materials entering China. The intent of the policy is to ultimately curb the import of low-quality plastic waste that is rejected by recyclers in other standards.

However, the plastic waste epidemic is borne not only by foreign sources but domestic ones as well. Chinese recyclers also reject low-quality plastic waste from within the country – and with a nation of over 1 billion consumers, the reject pile will only continue to grow if unchecked.

One of the most pressing concerns toward plastic waste is its effect on water quality and marine life. China’s pollution issues don’t end with smog, after all. Our waterways and oceans, reservoirs of the economy, trade, and food, also host  metric tons of plastic waste.

An exponentially growing population like China’s creates exponentially growing complications like the plastic waste epidemic. This is why, despite the effectiveness of China’s government regulations like the Green Fence Policy in limiting the consequences of plasticization, we at Collective Responsibility believe more can be and must be done through:

It is the latter of the two that we will explore more in-depth with our upcoming article on China’s lunch rush and the plastic waste epidemic — and an interesting challenge you can take on next time you get hungry.

How often do you take your meals to-go? There is an alternative that may surprise you. Stay tuned.

You can find Collective’s latest content on topics of waste and recycling on our Waste Landing Page. Follow us on social media to receive updates on our latest articles, reports, and engagements – including our ongoing, on-the-ground analysis of Waste in China.

Don’t forget to check out our recent posts on this and other interesting topics (below).

This article was written by Kendall Tyson, Research Analyst at Collective Responsibility.