It is a trend that has grown more noticeable as Chinese companies have begun to expand overseas, and that has forced many to reassess their strategy.  A strategy that now goes well beyond meeting the basic expectations that stakeholders have for an economy, or brands, that are “low cost producers” and whose social responsibilities was largely set by government regulation (or their foreign clients), towards a level that is equal to those of global brands.

It is a change that started more than 10 years ago, but as indicated by the number of CSR rankings (Forbes China Philanthropy list | Southern Weekly CSR Ranking) that are regularly published, Chinese companies are moving from lagging behind to leading position on CSR practices.

The development of CSR in China

Moving from low cost producer with poor labor and environmental standards to a global brand expected to share best practices has taken time over three stages:

Soon after, in May 2008, the Sichuan earthquake would wake up the civil consciousness of the Chinese people, who expected enterprises to make contribution on social welfare and disaster relief.  Ten days after the earthquake, donations by Chinese firms reached RMB 1.6 billion, and those who had yet to give (or failed to give enough) were the subject of online campaigns.

Following this event, and for the several years, the concept of CSR would gain in recognition and practice.

The number of CSR reports increased from 2001 to 2014. Source: xinhuanet.com

CSR is also redefining through the years from simple charity giving, traditional volunteering programs to long-term plan aligning with companies’ core values and the country’s strategy development, which in the end creates much bigger social impact.

Throughout this process, it is important to note that many Chinese enterprises stand out with their innovative and impactful programs.

Below are some of the noteworthy examples:

As one of the most valuable companies in the world, Alibaba has injected the public welfare DNA into all business units.Through its own foundation, it has engaged more than 470 million people to participate in public welfare activities. 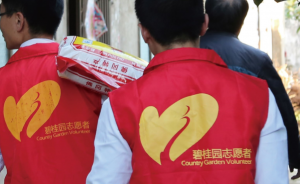 JD.COM, one of the massive B2C online retailers in China, has support 832 nationally designated poor counties in China by providing 25,000 jobs and 103 business incubation centers allowing farmers to build their own business around agricultural products. It also provided financial support to farmers from 1700 counties through its debit and credit platform and welfare crowd funding platform.

In September 2017, JD.COM has also collaborated with L’OREAL for its “Inclusive Beauty Project”. The project is aimed at helping the disabled group by providing them job opportunities and vocational training. 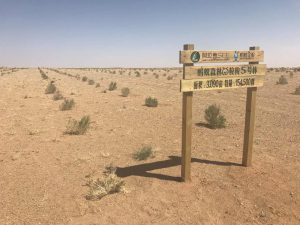 Rather than adopting the common “top-down” model for energy conservation and emission reduction, Ant Financial designed a “bottom-up” approach which enables hundreds of millions of people to lead a low-carbon life.

By using Alipay for offline payments or carries out other low-carbon activities, the user can collect “green energy” in Ant Forest and turn these credits into real trees to be planted in the desert area of Alxa of Inner Mongolia planting by Ant Financial.

With many new regulations on social responsibility being put into effect, including ESG investment being recognized by mainstream investors, and a general reduction in the value of programs built off one-off events, it is reasonable to expect that leaders will look transition towards better practice in the future.

Here are a few key areas of focus:

Wider Areas of Focus: According to “Top 10 CSR Trends For 2018 In China” by Syntao, the importance of environmental protection, poverty alleviation, healthcare, food safety, education will become increasingly prominent in the future, requiring increased attention from enterprises.

More mature CSR practices: Instead of working in silo on CSR initiatives, we see Chinese companies beginning to build multi-stakeholder platforms and seeking strategic partnerships as a way scale up their efforts and establish a better sustainability image internationally.

New look for CSR reports: While the number of CSR reports from Chinese enterprises has increased remarkably in recent years, we expect that CSR reports in the coming year will look very different in two ways:

In the coming years, as Chinese firms accelerate their pace to meet with ever increasing expectations of local stakeholders, we expect that the lesson and practices that they learn will become globally recognized for their innovation and impact.