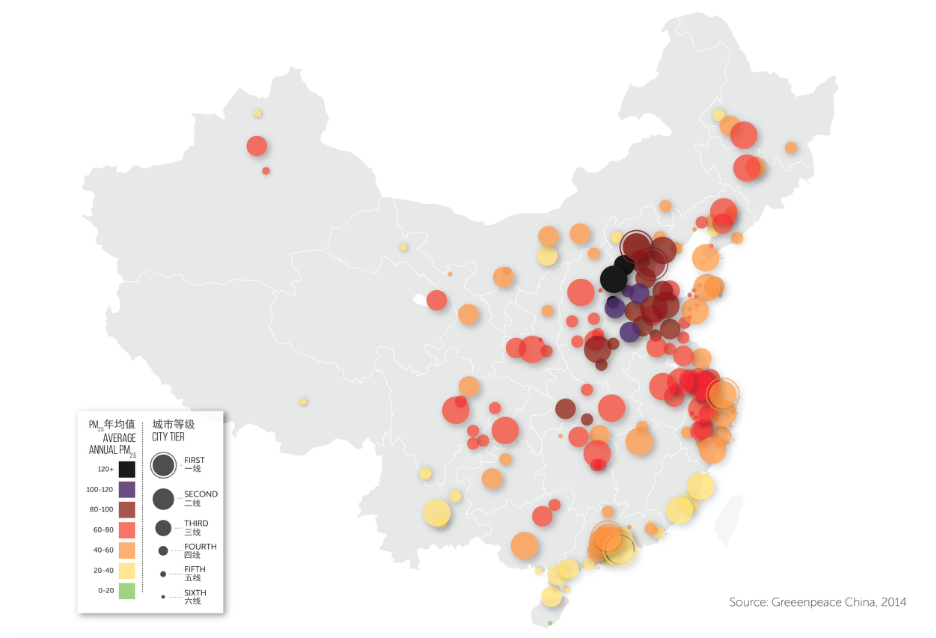 For many living in China’s major cities, the start of the COP21 talks was a day of severe air pollution. Beijing, Shanghai and Shenyang reached 611, 237 and 274 AQI respectively, prompting the issuing of the highest air quality alert of the year so far in the capital.

In light of the climate talks, activists and deniers alike have voiced their opinions on the subject and fierce debate will be had in regards to the impacts of climate predictions and the extent to which greenhouse gases (GHGs) can be manageably controlled by the world’s developed and developing countries. China has long come under scrutiny in regards to its carbon footprint and whilst this aspect of emissions can be challenged, what cannot is the levels of PM2.5 that are regularly reached in China and the impacts to health, the environment, and the economy.

With studies showing that China’s elevated PM2.5 levels are contributing to 1.6 million deaths per year, its direct health impacts on the exposed population are an issue of growing concern to the Chinese public. Something highlighted in our recent survey of students in which the issue of most concern was air pollution whilst climate change was one of the lower priorities. An insight that at the country level can be seen through increased Chinese immigration overseas as a means to protect families from the worsening environmental conditions.

PM2.5 is a pollutant that can be seen, touched and at times tasted. With the impacts of failure to control the pollutant growing more difficult to ignore, the government has begun to respond through a host of measures. Actions that would not have been possible were they done in the name of carbon, an emission thats direct impact is far less tangible.

In fact, while the debate over the need for developing nations to be able to maintain their economic trajectories (at the expense of carbon) is taking place right now in Paris, China is already taking action. Closures of factories and construction in response to “crazy bad” days have occurred, but more importantly, China’s cities have begun to push out heavy industry from their city limits. Trucks and cars are being removed from the roads, while investments in public transportation are being made. Investments into renewable energies will continue, while subsidies are being brought in to help the grid bring added capacity online.

So, whilst the US and Europe debate energy policy related to the global climate and the macro issues faced as a result, China, whilst debating their position on carbon, are currently acting to improve the underlying systems that produce carbon because of an arguably greater internal crisis. Something that will likely continue to drive Chinese officials towards taking more action. Actions that we believe need to focus on the following areas:

While industrial, commercial and residential consumption contributes greatly to energy consumption, the most energy intensive and polluting industries are those tied to the manufacturing and investment side of China’s economy. Whether it is through the movement towards the manufacturing of higher value items or reduction in steel and cement required by the building of infrastructure, a transformation into the consumer focused serviced economy is needed for China to be able to reign in its emissions.

Second to the transformation of the economy is the need for China to address how its cities are planned, built, and operated. This is critical given an additionally 300 million urban residents will be added over the next 15 years, and as part of this movement, the urban energy footprint is expected to increase. This increase can be mitigated, if not avoided, through improvements in urban planning, investments in efficient equipment (HVAC, white goods, lighting, etc), improved building codes, and better building management practices. It is an area that has already seen progress in the commercial building market through increased LEED certified buildings, but is also being supported by the government through the introduction of retrofitting standards and boiler replacement programs in the north of the country.

Bring the price of energy to full cost

For much of China’s economic rise, state intervention on the country’s electricity supply has allowed for stable inflation and high profits for state owned companies. However, due to the lack of pressure to be efficient higher levels of pollution have resulted. Recent announcements by the China’s National Development and Reform Commission and the National Energy Administration imply a more market-orientated system. A movement that should lead towards increased pricing to residential, commercial, and industrial users. This would force investments by all three into efficiency, provide an economic incentive for behavioural change, and help to drive investments into renewable energies and innovation.

With China’s energy demand expected to more than double over the next 15 years, it is imperative that China works towards bringing online increased quantities of “cleaner” energy supplies. Recent renewable investments in wind and solar have captured the attention of many, but in reality the scalability of these sources is limited and with up to 20% of these investments idle, the conversation around “cleaner” energies will come in the form of increase hydroelectric and nuclear options. Particularly nuclear, where there are a reported 21 developments underway, and by 2050 nuclear generation is expected to exceed 350GW. 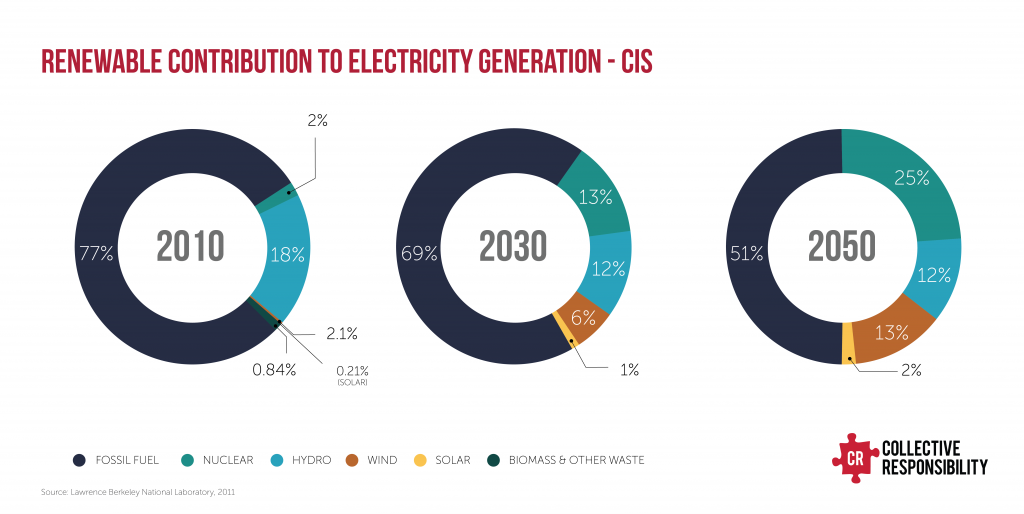 Over the past 2 decades, the evolution of China’s private car market has been considerable, and in a recent study the Beijing Municipal Bureau of Environmental Protection estimated that around 23% of internal Beijing PM2.5 emissions come from automobiles. With growing levels of affluence and car ownership continuing to rise, governments in China’s major cities have already created restrictions on the sales of new vehicles, introduced incentives for electric vehicle

development, and brought online road space rationing days. All of which will help to alleviate the problems, however it is going to be through continued investments in public transportation, increased emission standards, and availability of cleaner fuels that the core reductions will be made.

Of course, these policies also contribute directly towards GHG mitigation as PM2.5 and GHG emission are, through the burning of fossil fuels, intrinsically linked. There is, therefore, no doubt that a well-devised treaty on carbon will aid both China’s future and that of the world. But it is China’s internal rhetoric that should take the line of PM2.5, as to Chinese nationals it is more pertinent issue than that of global warming, which amongst many is seen as imposed regulation by western countries that have already been through their full industrial life cycle.

3 Responses to China’s Priority is Smog, Not Carbon