China announced this week the appointment of Chen Jining as its next Environmental minister. An environmental specialist and current president of Beijing’s Tsinghua University, he will take over from the widely criticized, Zhou Shengxian, with the move set to pave the way for a stronger stance on domestic environmental policy. His selection comes off the back of a highly decorated academic career and much of his work has been focused on policies targeting reductions in Chinese CO2 emissions.

Alongside considerable environmental challenges, he will be tasked with the sustained development of infrastructure in an aim to peak emissions at the national target of 2030. China’s domestic consumption of coal has been the major contributor towards the worsening atmospheric conditions and both external and internal pressure in this area is mounting. As a result, China’s 12th Five Year Plan built on policy from the preceding mandates to target specific reduction in fossil fuel consumption. Despite this, overall greenhouse gas emissions continue to rise, reaching 8502 Mt CO2 in 2013 (Enerdata, 2014). China will point to its decreasing growth rates over recent years and its periodic reductions in energy intensity. However, these macro statistics do not paint the full environmental story. Independent research, conducted by Collective Responsibility, reveal dramatic differences in regional consumption patterns of coal, which spell potentially worrying environmental futures for some Chinese provinces. Regional growth rates range from between 23.4% to -11.1% and in the regions of high growth, deterioration of air quality and further environmental degradation should be expected. 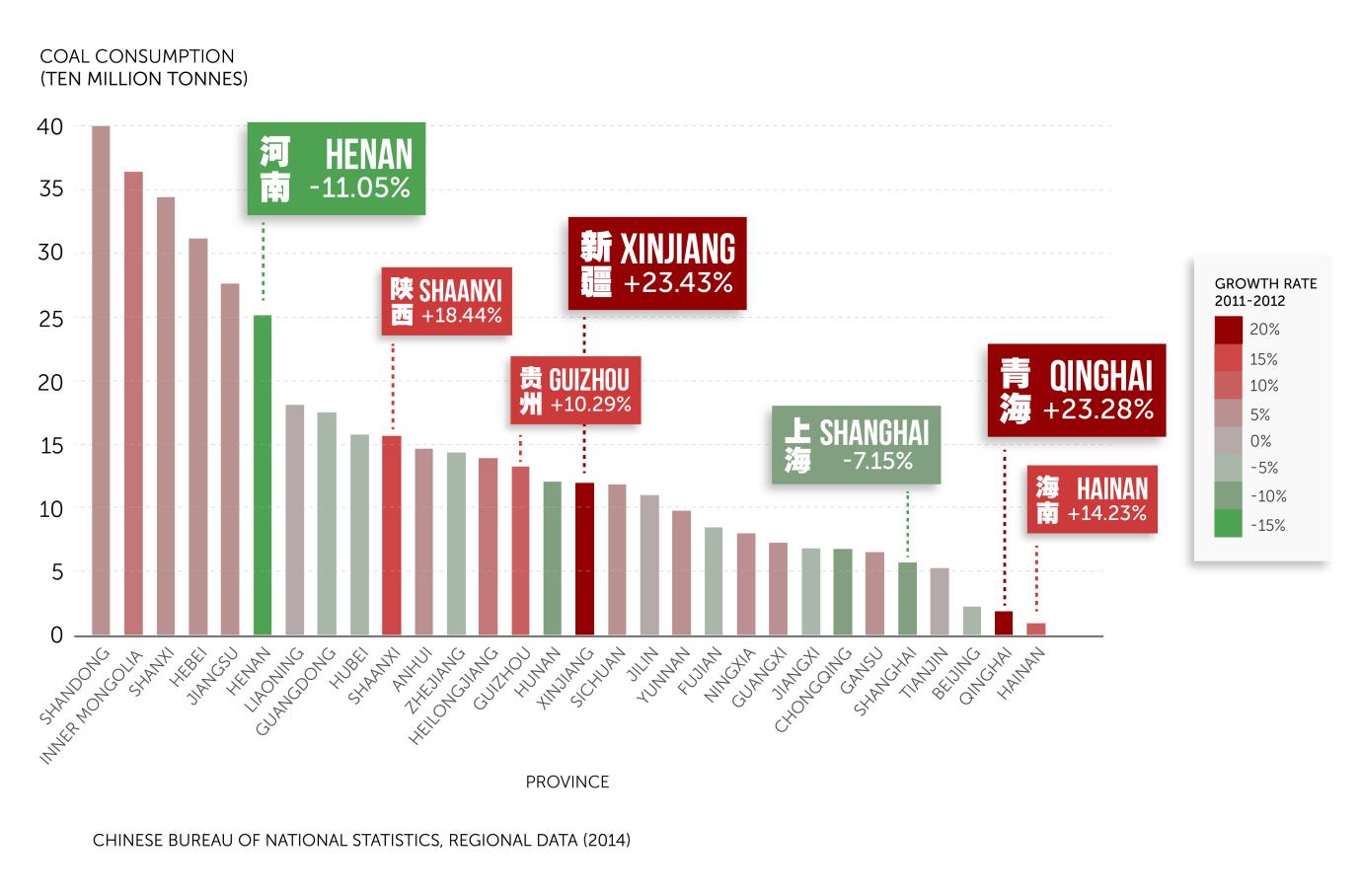 With a growing impetus from the Chinese central government and the international community watching, national targets will no doubt be the major priority for Chen Jining. But, as figures from the Chinese Bureau of National Statistics reveal, the real challenge may come in the micromanagement at a regional level and extreme care will be required in order to secure widespread, environmentally conscious development.