We are excited to announce our next hackathon, hosted by Target Corporation on June 2-3 in Shanghai, will bring student teams will work with executives from leading technology and design communities to create a mobile app that helps connect migrant workers parents and their left-behind children.

Of the 277 million rural laborers who migrate hundreds of miles away from home to China’s cities in search for work, many are faced with an impossible choice when starting a family; either bring their children with them to the cities, or leave them behind in the countryside without proper care. Under China’s hukou registration system, the first option leaves migrant families without access to education, health care and social services in the cities they move to. The second option means the child is left in the care of relatives, often elderly and unable to keep up with daily parenting duties.

With an estimated 61 million children who have been left behind in China’s rural areas, over 50% living without the psychological and emotional care of both their migrant worker parents, the situation has become critical. 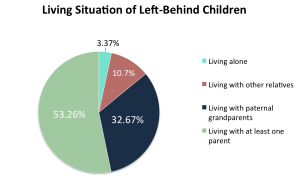 When parents do return home, some less than once a year, their children often do not recognize them, and compared with other children, they are more likely to suffer from psychological and behavioural problems caused by long-term separation from their parents.

Why business should care

The parents of left-behind children, many of who find work in factories, are more likely to leave their jobs, feel distracted, and make mistakes at work. With labor shortages soaring and factories struggling to recruit loyal, motivated workers, supporting parent workers is more important than ever.

While the government has taken measures to tackle the issue such as opening up more rural boarding schools, they often lack the human and financial resources to effectively implement them. To fill the space, several manufacturers in China have acknowledged the importance of supporting migrant workers and stepped up in addressing the issue.

Efforts from the manufacturing industry

While the only real solution to the left-behind children is hukou reform, along with further investment into 2nd and 3rd tier cities so parents can find work closer to home, in the meantime, forerunners in China are beginning to see the importance of supporting the well-being of migrant workers in their supply chains.

A couple of examples highlight this:

Supply chain solutions to China’s left-behind children problem such as the ones mentioned above, have experienced various obstacles during their execution, include getting migrant workers to sign up and actually use the services, distributing the technology and failing to address the realities migrant parents face when trying to maintain communication with their children.

In tackling this issue, critical to success will be the answer to several key questions:

This is exactly what our client Target has in mind when designing an app that helps connect left-behind-children, their migrant parent workers, and factories.

With that, we hope that you will join in this event! An event where students will put into practice their academic theories, leverage their creativity, and bring a solution to the market that solves one of the most pressing social issues facing China. 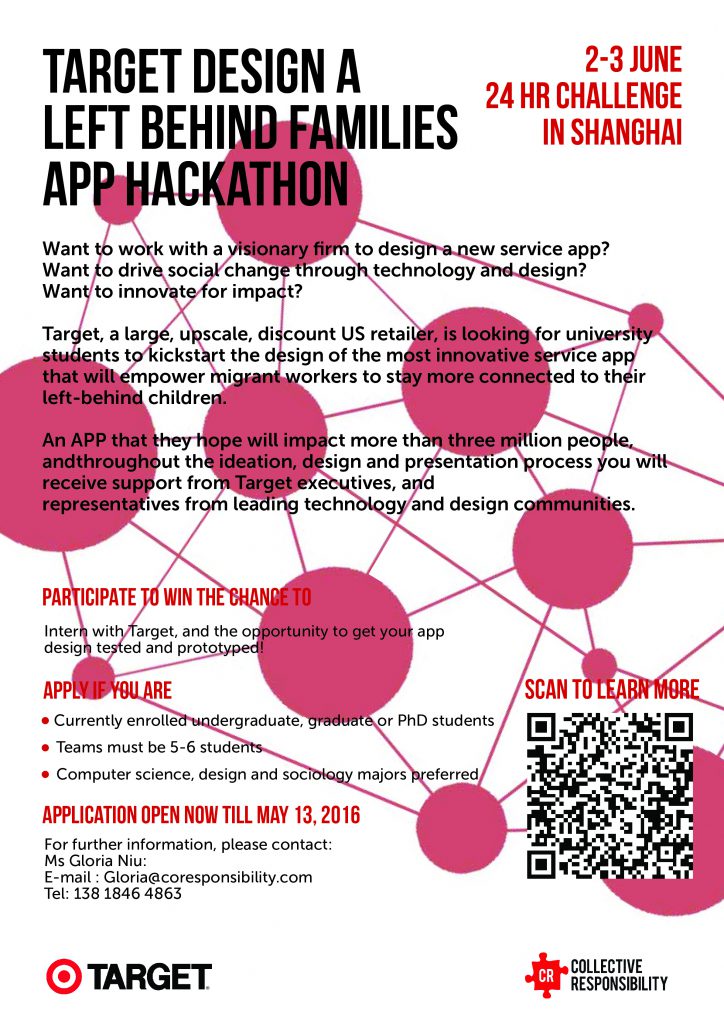