At the beginning of 2016, we interviewed more than 100 migrant workers in Shanghai. We listened to their bittersweet life stories. One of the stories, in particular, touched our hearts. Check out the video below, and the following article explaining China’s unique migration phenomenon.

“Chunyun” refers to the travel season for the Spring Festival, a period of travel in China with extremely high traffic around the time of the Chinese New Year.

With Chinese New Year approaching, millions of Chinese are returning home. The passenger flow volume during Chinese New Year Festival in 1997 was around 1.74 billion. By 2014, it had increased to 3.62 billion (Xinhua News Agency, 2015).

As illustrated by the graph below, the hotspots for Chunyun are mostly first-tier cities, and Chunyun takes place mainly in midland and eastern China. Migrant workers make up the majority of Chunyun passengers, indicating in a population movement at a large scale. 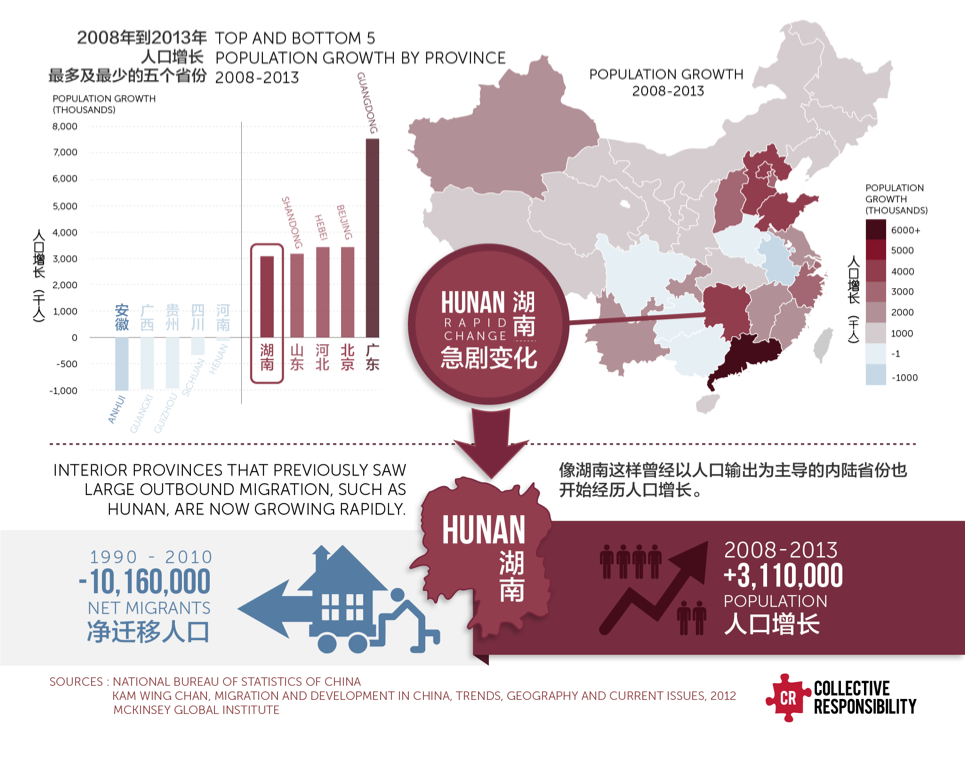 Shanghai’s Migrant Workers: To leave or not to leave

In 2011, Shanghai’s population of migrant workers grew to 9 million, representing 39% of the city’s population. Taking in consideration factors such as economic opportunity, career development, and education resources, they chose to settle down in Shanghai. However, according to our report on migrant workers last year, a majority of them did not have a sense of belonging to the city and they treated Shanghai as a place to earn a living.

“To me, all the cities are same, they are places to make more money. They will never be like home. No other city can ever replace my hometown.”
– Interviewee

Impact of automation on the manufacturing industry

88% of Shanghai migrant workers used to work on agriculture, and the majority of the migrant workers did not receive education or training (Shanghai Academy of Education Institution, 2000). Because they were not well-educated, they served as low-tech manual laborers. For this reason, their incomes were low.

From 2014 to 2015, manufacturing, wholesale, retail, and construction industries were the leading industries in Shanghai (Shanghai Bureau of Statistics). However, during this period the employment rate in these industries decreased, which correlates to a rise in automation. In 2008, use of automation increased by 210%.

In addition, labor costs are likely to exceed robot installation costs in China by around 2020.

In 2016, Collective Responsibility published the Hope & Opportunity Report on the situations of migrant workers in Shanghai – including low-skilled labor, the middle-class service sector, the white-collar sector, and entrepreneurs.

This year, we will focus on blue-collar migrant workers in Shanghai. During Chunyun, we seek to understand their:

Furthermore, we will explore automation’s impact on manufacturing and other low-tech industries and propose available solutions.

If you are interested in our research, or have different insights and questions, please leave a comment! In the upcoming weeks, we are also looking for volunteers to join us in our field research.
Comment below if interested. We welcome you to join us!