The Challenge: Car Sharing and the Future Needs of Users

On December 10, six student teams from Tongji, Jiaotong, Zhejiang, the China Academy of Art, and Nanjing University of Science and Technology will attend a 36-hour hackathon and respond to the following question:

“How can premium car sharing be personalized to the wants and needs of users in 2025?”

Students and industry mentors will respond to the challenge in two parts: 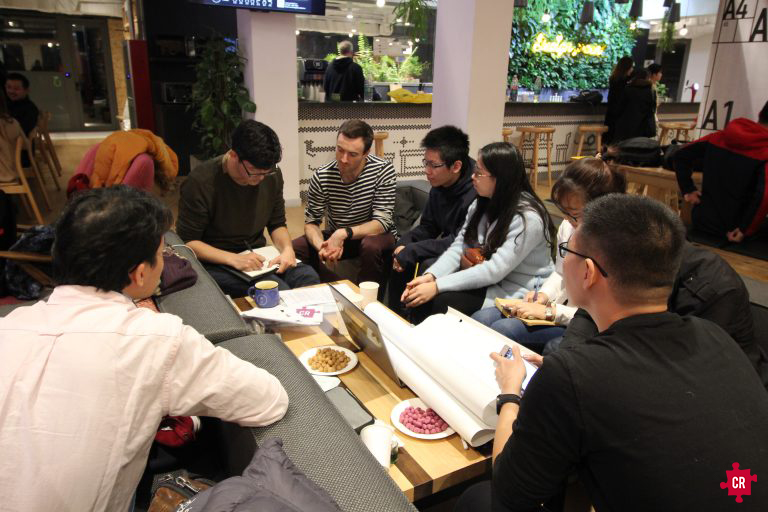 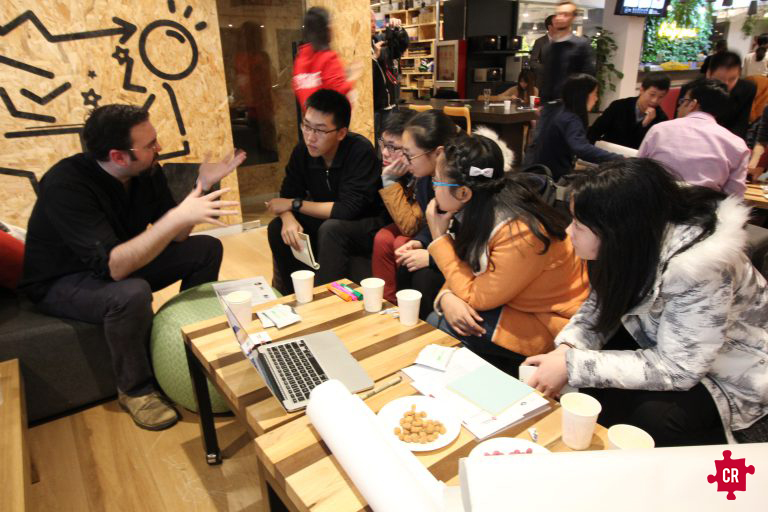 Rich Brubaker, founder of Collective Responsibility, opened the event, and explained the larger context behind JLR’s challenge. “In 2015, we passed a mark, guys,” he said. “Over 50% of Chinese people are now living in cities, and with this population shift comes major questions about transportation.” He showed all-too-familiar pictures of a crowded metro station and highway traffic.

“China still has a long way to go when it comes to transportation,” he continued. “Imagine, when China catches up to the U.S. in per-capita car use, what kind of experience will Chinese users want? What kind of transportation can you imagine in 2025, 2030, and even 2050?”

After introducing the challenge, Brubaker opened the floor to students. Each team emphasized their strengths, their vision for future driving, and why they were likely to win.

Jiaotong University’s leader expressed confidence in her team: “I am the youngest person in my group, but I believe we have the courage to change the way transportation works not just now, but 20 years in the future,” she said. “Our team has mechanical engineers, business majors, and marketing and manufacturing students – all different kinds of people brought together to solve this challenge.”

Demand for Tech Among Chinese Users

Kriss Taylor, JLR’s representative from research and development, followed student introductions. He provided more information about JLR’s models, and spoke to a demand for luxury and high tech among young Chinese people.

“For premium companies, it’s all about maintaining that premium experience and attracting new people,” he said. “In a recent PWC study, over 51% of Chinese respondents said onboard connectivity is the most important factor in their car purchasing decision. A large percentage also said they would definitely buy autonomous vehicles as soon as they become available.”

Taylor explained that some users are still on the fence about autonomous vehicles. Many international drivers have safety concerns, and prefer driving themselves because it’s a personal hobby. “These drivers tend to be from the U.S. or Europe, though. Chinese consumers are much more open to the idea of autonomous vehicles.”

Will Morris, Research Manager at Collective Responsibility, emphasized this new demand for tech, but asked students to confirm the demand for themselves. “Go out and do field research,” he said. “Find out your user group’s ideal driving experience, and cater your design’s particular function to that ideal.”

The Context of User Preferences

Before breaking into groups, student teams listened to one final speaker: Alan Stafford, Senior Solutions Architect at frog. He agreed with the previous speakers, and spoke to some challenges involved with user research and human-centered design. “What people say (when you interview them) and what they do is often quite different,” he argued.

When Stafford was studying mosquito repellent, and trying to understand user preferences, he conducted an experiment. He gave users a choice between two different sprays. One was organic, with a light, pleasant aroma, while the other was a heavy chemical spray. When asked which they would prefer, users overwhelming selected the former. But when Stafford released a mosquito in the room, users immediately went for the latter. 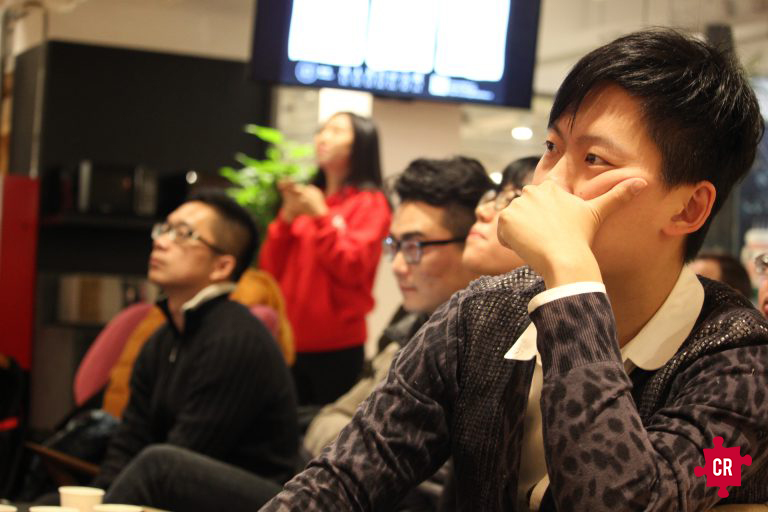 “In practice – when it came down to it – users didn’t actually follow their preferences. They might say they want the organic, environmentally friendly product, but when they actually have to use it, they might do something completely different. In my case, they went with something heavy and industrial that they knew would kill the insect.”

Stafford closed by reassuring students: “You might not be able to confirm your users’ preferences, but you can learn a lot about their context,” he said. “When you interview people, find some of the recurring topics and problems they talk about, and work from there.”

After the presentations, students and mentors were eager to get to work right away. Grabbing markers, paper, and the beginnings of great leads and designs, the young developers began brainstorming for several hours following the event’s official conclusion – an inspiring predictor of the enthusiasm and innovation to come. 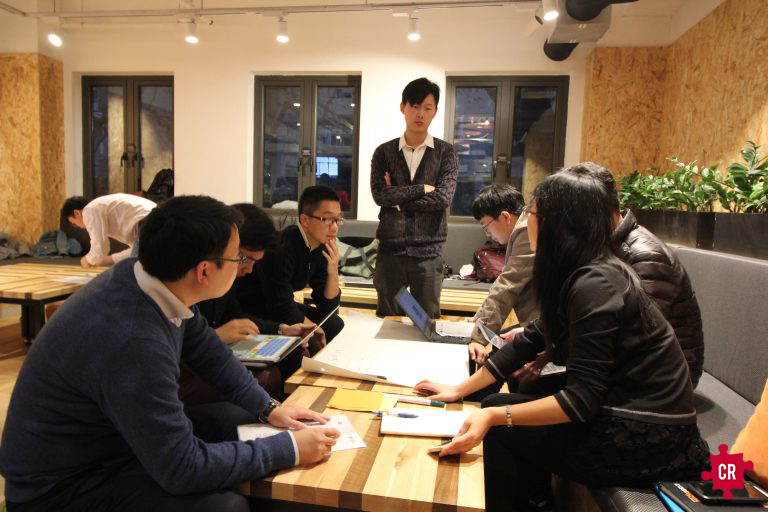 To find out more about the challenge and previous hackathons hosted by Collective Responsibility, please check out our Hackathon Landing Page.

You can also reach out to Chuli Duan at [email protected].