Automation has the potential to dramatically increase human productivity and enrich lives. But at the same time, this potential benefit is also one of the greatest stumbling blocks to be navigated by society. If AI and automation are not implemented with careful and thoughtful oversight these technologies have the potential to perpetuate inequality; low-class jobs will be automated and an innovative upper class will reap the benefits of increased productivity.

In our previous blog on AI, the workplace, and the role of HR, we outlined why companies should invest in developing human skills like problem-solving, creativity, listening and managing in order to complement newly available technologies. While companies will have to cultivate certain skills to build a capable workforce, individuals will have to cultivate their own skills to remain competitive in the increasingly automated economy.

Exploring what skills will be relevant and how people can develop them will be the aim of this blog post. 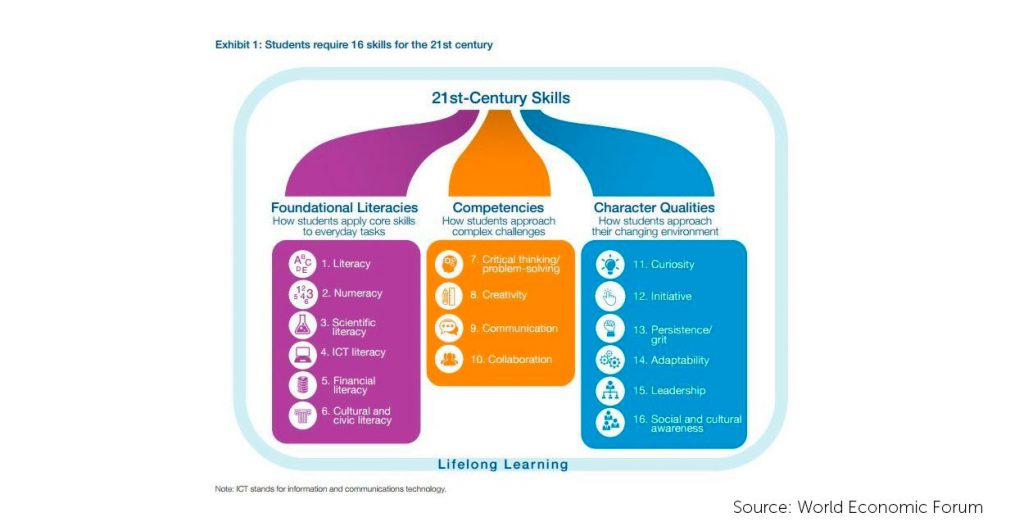 Safeguarding society from the potential costs of technological development will take the commitment from entrepreneurs and government regulation, but perhaps the most effective protection for individuals against automation will be in developing non-automatable skills. The MIT scientist Andrew McAfee, who studies the influence of technological progress, emphasizes the need for people to be equipped with the appropriate skills for the future economy.

According to the National Bureau of Economic Research (NBER), computers are still very poor at simulating human interaction, and the enduring advantage of the human mind is in the millennia we spent evolving to unconsciously read each other in social settings. Computers are still incapable of closely simulating human interaction and lack the ability to be part of a flexible team in which members can naturally complement one another’s skills.

These ideas are supported by employment trends from the past few decades. As routine employment has declined in recent decades, there has been a relative increase in employment and wages around jobs requiring social skills. Between 1980 and 2012 in the United States, jobs requiring high levels of social interaction grew by nearly 12% as a share of the labor force. In the same period, math-intensive jobs decreased by 3.3% points. This is not to say that math and science are becoming obsolete, as jobs requiring both math skill and social skill grew particularly strongly (NBER). However, social skills that help one to express ideas and work in teams are becoming ever more valuable.

According to Deloitte, the relationship between cognitive abilities, social skills, and earnings cannot and should not be overstated. For workers looking to the future technical skills should be secondary to developing social skills and being an active learner. In the automated future, demand will be for skills that machines cannot easily replicate like creativity, critical thinking, emotional intelligence, collaboration, and communication.

Programming skills are only relevant to a small part of the workforce, and skills regarding the set-up and operation of machinery or technological systems are declining in importance (Deloitte). Technology is rapidly changing, so for the vast majority of workers, it is more important to learn how to approach new situations, ask questions, and find answers than understanding the latest in tech.

According to Deloitte, there has never been a better time to be a worker with special skills and the New York Times claims that portfolios of work are becoming more important than a resume. Therefore, in order to become an attractive and successful employee in the AI economy one should get experienced, engage with people, discuss ideas to build understanding, build social skills, and find an enticing way to display those skills.